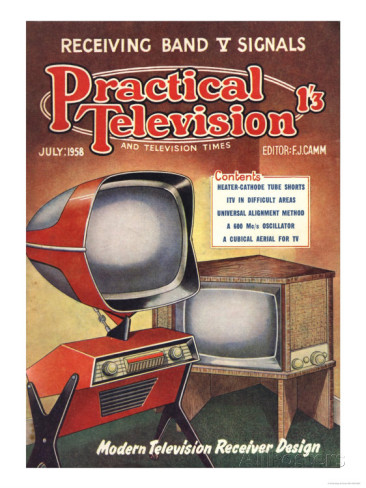 Predicting the future is challenging.

I remember reading Nicholas Negroponte’s book Being Digital many years ago, and it’s been amazing to see so many of his predictions come to pass. In particular, I remember reading about his “trading places” idea, or what become known as the “Negroponte Switch”. It’s basically the idea that we used to have static devices that don’t move, like televisions, getting their signal delivered wirelessly through the air, while other devices that should be mobile, like telephones, required the use of cables in order to connect.

The “Switch”, predicted by Negroponte back in the 1980s, would be that telephones would one day get their signal wirelessly and televisions would get theirs via cables.  It took about 20 years for that to happen, but happen it certainly did.  Looking back now, if you understood the technologies that brought the changes, the signs were probably there and it made sense but it took someone like Negroponte to recognise it.

Thinking about that reminded me of another article I read sometime around the year 2000 where Jeff Hawkins, the founder of Palm Computing, predicted that one day more people would access the Internet using a phone or other handheld device than would access it using a regular personal computer.  In the late 90s, when I read that statement, I must admit I had a hard time imagining how you would get a legitimately decent Internet experience on a tiny underpowered handheld device with a small screen and a ridiculously slow connection. At the time, I owned a Palm III handheld device and even had a modem for it that I could plug-in to “dial in” to the Internet. Even though I felt I was pretty au-fait with technology and I thought I understood the principle of Moore’s Law, based on what I could do at the time it was still a struggle to envision a world where the main way to get access to the Internet was via a handheld device.

Of course, it’s easy to envision that now. Those technologies moved quickly and we had breakthrough devices like the iPhone that helped redefine the entire mobile experience. Depending on what report you read, we are pretty much at that point now where more people in the world are accessing the web on a handheld device of some sort than via a PC.  What once seemed far-fetched now seems obvious.

In this newspaper report from the New York PC Expo in 2000, Jeff Hawkins points out that Palm devices will soon be able to browse the web at speeds  of 8 to 9 kbps. Yes, kbps!  A recent article on mobile broadband speed in Australia says that some Aussie telcos are getting around 34Mbps over 4G wireless networks.  It took 14 years, but that’s nearly 4000 times faster.  And you can bet that speed will just get better and better.

The challenge with predicting the future is that we are generally far too conservative about it. Most of us find it difficult to make wild predictions because we still can’t quite picture how dramatic the changes will actually be. Basically, for most of us, even our wildest dreams are not really all that wild. When we do make bold predictions, most of us still underestimate the impact of those changes over time. And of course it only takes one unanticipated breakthrough technology to come along and change all the rules again.

If you could predict the future, aside from flying cars and robot brides, what does it look like for you? What are the big, huge, fundamental shifts that will shape the way we live in 20 years from now?

Predicting the Future by Chris Betcher is licensed under a Creative Commons Attribution-ShareAlike 4.0 International License.

2 Replies to “Predicting the Future”