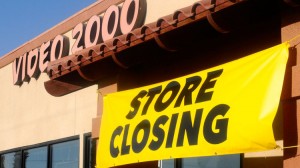 With Google turning 15 last week, I’ve been pondering  about just how much friction has been removed from our lives because of technology (and web technology in particular).  Thanks to the web, many things that were once difficult, expensive, complicated or time-consuming have been made less of all of these things, and much of the inherent friction in these things has been dramatically reduced, and in some cases even eliminated completely. This removal of friction hasn’t always been painless, and many industries have been decimated by the massive disintermediation that  digital technology has brought to them.

Take the music industry as an obvious example.  In the space of about a decade, we’ve seen a huge shift from the idea of buying music on plastic disks to that of downloading music from “somewhere on the Internet”, hopefully by still paying for it with some sort of subscription model like Spotify or Google Play All Access, but all too often pirated for free from torrents and filesharing services. Aside from the  freedom of cost, it’s far more about the freedom of choice. I use the All Access subscription service and I love how it lets me think of pretty much any song I want to hear and immediately stream it directly from the web. I’m listening to more music than before, and paying what feels like a fair price for it. The record companies who used to control the music business are no longer in charge, and in a post-Napster world, the idea of buying music one CD at a time seems so outdated. Along with the power shift in the music business there have also been massive disruptions to the way the money flows. Artists are free to bypass the labels. Thanks to the web, to YouTube, to iTunes, etc, indie artists have the same opportunities that were only afforded to big names bands attached to major labels. More musicians can now play in this space, and it’s all thanks to the way the web has removed so many of the friction points that used to exist between musician and listener.

Example two. We saw the photographic film business almost vanish in a few short years because of digital cameras. Those 24 hour film processing places that either didn’t see the change coming, or didn’t react to it fast enough, were simply crushed by the revolution of digital photography.  It was a case of evolve or die, and many simply died. Kodak, once the titan of the photographic film industry, closed down their film production business and these days they are barely more than a footnote in the history of photography.  The inconveniences of shooting with film, like being able to take only 24 photos at a time, the fact that you couldn’t see what you shot until you got the photos back days or weeks later, and of course the expense and inconvenience, all conspired to make film photography an easy target for any technology that would make it simpler, faster and cheaper. While a few diehards still swear by film, it turns out that for the general photo-taking population, digital photography removed so much the friction from the cumbersome process of taking photos that the old ways of doing things became obsolete almost overnight.

Thanks to my Apple TV and Chromecast I haven’t set foot in a video rental store in many years.  The fact that  video rental stores still exist at all is just because of that percentage of the population who are still hanging on to their old ways. I’m sure that once Netflix arrives in Australia it will be the final nail in the video store coffin. These online digital download services remove almost all of the friction from the process of renting videos. No more getting in the car to go to the video store, no more futzing around with disks and having to remember to return them, no more sitting through endless ads before the movie starts, and no more late fees. Delivering video over the web has removed most of those pain points, and in the process has virtually killed the physical video rental business.

Then there is banking. I hear my 81 year old mother talk about how she still goes to the bank to get money out, or to the post office to pay her bills. Although I’m old enough to remember what that was like, I can’t imagine doing it that way any more. The web has removed so much of the friction from those things, there is no going back to the old way.

The list goes on… thanks to the web, we can more easily keep in touch with old friends, share our locations, publish our ideas, map our way through strange cities, and much more… faster, cheaper and more simply than ever before, and decimating the incumbent industries along the way.

Although I still know plenty of teachers who complain that technology is hard, that it’s all too overwhelming, the truth is that technology, and the web in particular, has made things easier than ever. It’s easier than ever to network with ideas, learn from others, and connect our students with the learning experiences we want them to have. Thanks to the rise of the web, we are living in a time which is, potentially, the fastest, cheapest and easiest it has ever been to be a learner.

So ask yourself, how has the web changed your classroom? Your school? Your profession? Your life? Are you doing the same things you’ve always done? Or have you seen these changes coming and reinvented your approach to the way you teach and learn? Has the web changed your job, and in the age of the Internet, have you reconsidered what exactly your job IS these days?

It should be obvious that the world has changed forever because of digital and network technologies, and that the genie is never going back into the bottle. Despite the apparent fact that a large number of schools still believe that they can keep doing what they have always done and everything will be ok, education is no more exempt from these changes than any other industry.

What are you doing to ensure that your classroom will not become the educational equivalent of a video store?

One Reply to “Removing Friction”