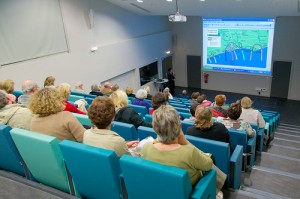 Having just experienced an interesting juxtaposition of two quite different conference modes, I was struck by the following thoughts…

I spent most of last weekend putting a presentation together for the k12 online conference.  This virtual conference was started by a small group of teachers and has run every year since 2006. It is composed entirely of online video presentations of up to 20 minutes in length. These videos are presentation of ideas, best practice, classroom examples and big thinking submitted by educators from around the world. Presenters submit proposals just like a conventional conference, and these proposals are vetted by a selection panel for quality and relevance. Selected presenters then produce their 20 minute video and submit it and each year, over a 2 week period, these videos are released publicly.  There are a few live events and such to accompany them over the 2 weeks that the “conference” is running, but importantly these video presentations live on afterwards on the website for anyone to use and benefit from.  If you’ve never seen them, they are all available at www.k12onlineconference.org.  Go check them out.  The conference starts this year in about 2 weeks time and I recommend it to you.

Alongside that, I spent the last two days at a real physical conference here in Sydney. It offered many excellent opportunities for networking and sharing. We heard from excellent keynotes, did a number of hands-on workshops, and best of all we had lots of student participation.  It was a great couple of days that I personally got a lot out of, and in my mind there is clearly still a place for this kind of face to face conference event.

However, what struck me was a couple of sessions I went to that could very well have been released as 20 minute videos and been just as effective.  These sessions were basically just someone presenting a set of slides and explaining them.  While I did get some useful information from these sessions, I could have just as easily got the same value from them if they were short video presentations, much like the k12 online experience.

It got me thinking about what types of experiences are best suited for real physical conference events.  Unless we get a chance to interact, ask questions, contribute to conversations, get hands on experience, and do things that require your actual physical presence, then perhaps those other things don’t belong in a real physical conference.  I feel a bit cheated when I go to an event (and pay good money to do so) only to feel as though what I experienced could have been just as well communicated virtually through video or some other means.  I feel a bit the same when I go to a real physical conference and find that one of the “keynotes” is being beaming in via satellite on a big screen that we all just sit and watch.  I expect better than that.

Just like we talk about the SAMR model of technology integration to do things with computers that are more than just a computerised version of what we currently do with pen and paper, perhaps we need to be thinking about what a modern physical conference should look like by making it into something more than that which can be experienced equally well virtually.  If I can get value out of a conference by simply following the twitter hashtag (and saving myself $1000 in travel expenses) then conferences are going to have to start offering a lot more than sitting in a room and hearing someone speak at me.  Prior to the rise of social networks, live streaming, blogging, etc, you basically HAD to turn up if you wanted to get value from the event.  That’s no longer the case.

I attend quite a few conference events each year, I’m guessing more than most people, and often the ONLY real benefit of attending is the networking and connections. And increasingly, real physical conferences are simply just a chance to meet people in “meetspace” that I’ve already known online for quite a while. I really enjoy the chance to meet people IRL that I’ve only known through the networks, but I don’t feel the need to pay huge amounts of money to do so if the rest of the conference doesn’t give back anything above what a virtual event could have given.

I’m not against real physical conference events – far from it – but I do think they need to morph into something that offers considerably more than the current format used by most of them. I don’t want to attend a conference to have someone show me PowerPoint slides or show me how to do something that I could have learned by watching a YouTube video. I want a compelling reason to attend (and those reasons do exist!) but I need something more to show for having attended the event than just a increase in the amount I owe on my credit card.  Conferences need to provide more than just information, because I can get that anywhere.  They need to provide experiences… moments that could not have happened any other way. Moment that change the way I think, teach or see the world.  (Do you think people go to events like SXSW or Burning Man for the information? I doubt it! It’s about having a peak experience)

I find it strangely odd to hear people talk about conferences as their big chance to get some PD. Sure, professional associations are important and I hope you all belong to one that suits you, but be aware that the chance to grow professionally is not something that happens annually or biannually.  PD in this day and age is a matter of being immersed in the right networks of people, and it’s an all the time thing that never stops.  Whether it’s something like Twitter or Facebook or LinkedIn or Google+, or Scootle Community or listening to podcasts or reading blogs or watching YouTube or some other means… the point is that it is constant.  You CANNOT stay up to date anymore by attending an annual conference, or waiting for your state association to keep you informed.

PD is no longer something that is occasionally done TO you by an external third party. It is something you do FOR yourself, by yourself, constantly.  That’s just a professional responsibility. 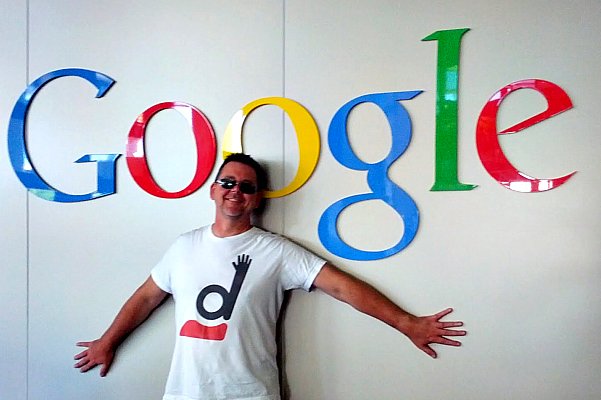 I’m a big user of Google’s tools.  I like what they offer and I like that they just keep getting better and better. When my school moved to Google Apps for Education at the end of 2011 we were generally happy with what was on offer, but there were things that we wished were just a little better, a little more polished, or had just a few more features. Over the course of 2012, some obvious things happened: Gmail got a redesign, Drive was introduced, editing of Docs on mobile devices came along, and of course Google Plus. But there were lots of smaller, less obvious, things that came along too: more fonts were added to Apps, the Research tool was added to Docs and Sheets, the Equation Editor got a boost, and so on. Unless you’re on top of it, many of these improvements were easy to overlook.

Over the course of the year many of the things we complained about in January were fixed, improved or added to by December. Google’s tools just keep getting better all the time.

When Larry Page took over from Eric Schmidt at CEO of Google, he famously cut a number of lower priority projects in order to focus on the bigger ones. His goal was to put “more wood behind fewer arrows“. Some features were removed, some projects were cancelled, but in return, we got a much improved unification of the Google environment, new features like Drive and Google+, and a much better integration of the tools that fill the Googleverse.

On the one hand, who wouldn’t want tools that just keep getting better and better? We all want that, right?  On the other, this constant change and adding of features makes it harder and harder for the average person to keep up with what’s available. Unless you make a deliberate focus of keeping up with what Google offers, it’s easy to fall behind.  For myself, I’m connected to the GCT and AppsCT communities, and I regularly co-host the Google Educast on the EdReach network. I’m not sure what other people do to keep up with this stuff.

With that in mind, you might be interested in coming along to the Sydney Google Summit on January 17/18 at MLC School in Burwood.  The Google Summits are a fantastic two day brain dump of Google goodness delivered by passionate educators who regularly use these tools in education.  The Summits have been running for a while now in various parts of the world but this will be the first time one has been run in Australia.  The presenters are Google Certified Teachers, Google Apps Certified Trainers, Google partners, and even Googlers themselves. The topics cover a wide range of Google-related stuff, from beginner-level through to expert and beyond.  There really is something for everyone. The agenda is still being finalised, but trust me, if you use Google tools in an educational setting, you really won’t want to miss it.

You can get all the details at the Sydney Google Summit website. Hope to see some of you there!

If you’re coming to the Sydney Summit (or even if you’re not) leave a comment below letting us know what you are most hoping to get out of the sessions.

During the Learning 2.012 event, a number of the Learning 2 Leaders had the opportunity to present a short mini keynote on a topic of their choice. I thought it was a good arrangement, being able to hear a little bit from a number of people, instead of just one long talk from one person. In the previous Learning 2 event I attended, there were no keynotes at all, what with the conference focus being on the participants, rather than “speakers”.  This year, we brought back the keynote idea, but in this new format, and I thought it worked really well.  We got to hear from 10 different people, with very different styles and perspectives, and I really enjoyed it.

I somehow ended up being the first person to speak on the opening night of the conference. I decided to recycle a short presentation that I had actually shared before with the staff at Yokohama International School, but I thought the message was still relevant to this group.

Here is my talk…

There were lots of other great short talks from other L2Leaders and they are all being posted on the Learning2 YouTube channel at http://www.youtube.com/user/learning2asia.  I won’t repost them all here but it’s definitely worth checking them all out!