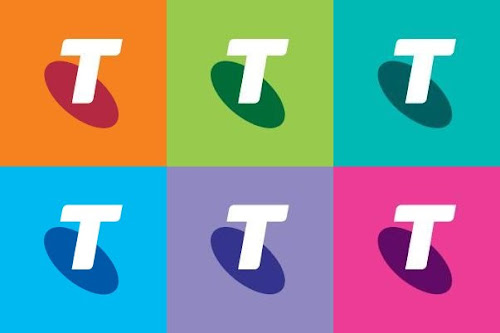 I’m one of your customers. I have my mobile phone service with you… the reception is reasonable, at least it seems to be better than most of the other Australian Telcos. You charge a little more for it, but hey, I’ve tried the others and I don’t mind paying a little more for a service that actually works…

But, Telstra, can I tell you what really sucks?

I recently bought a new wifi+3G iPad. It should really be a 4G iPad, but apparently you and Apple can’t agree on what the term 4G actually means. So ok, it’s still just a 3G iPad, and I guess I can live with that. But I’d like to buy some 3G data from you so I can use my iPad when I’m not in wifi range.

Now, for me, that’s not all that often. I’m in wifi at home, and in wifi at work. I could tether to my iPhone’s 3G data when I’m out of wifi range (and I often do) but it would be a lot more convenient if I just had a 3G SIM in the iPad itself. So I want to buy an iPad 3G data service from you. I don’t think I’ll need much, probably no more than a few hundred MBs each month to be honest. Some months may be way less – possibly even no data at all – and other months might be heavier usage. I don’t know for sure.

I’d LIKE to be able to buy a decent chunk of data from you – maybe a few GBs – and just use it till it runs out. After all, if I pay you for it, I should be able to use it till it’s gone, right?

Apparently you don’t see it that way. You let me buy data from you, and then after 30 days you just let whatever is still left over expire. Just like that. Gone. Don’t you think that’s a bit unfair? I mean, I bought that data. I paid for it. Why do you need to expire it at the end of 30 days? Why can’t I just keep using it till it runs out?

When I asked the customer service rep on the phone why this was the case, the probably-accurate but rather-brazen answer was “Because we’re a business and we need to make money”. Bravo Telstra, nice way to put the customer first.

This policy that all of the Aussie telcos have of selling data to customers and then insisting it be used in a limited period of time is a rort. An absolute ripoff. In any other industry you wouldn’t get away with it. Imagine if I filled my car with petrol and then didn’t drive it much that week, but at the end of the week the remaining fuel in the tank just “expired” for no reason other than it was now the end of the week. Fair? I think not. And yet, that’s what you do with my 3G data.

I’m not sure I understand the logic of why you feel the need to expire my unused data at the end of 30 days. If I’m using my iPad a lot that month, there’s a good chance of me running out before the 30 days is up anyway, and I’ll probably just buy more from you. Win-win.

And if I don’t use all the data that month, then it hasn’t really cost you anything anyway, since I’ve already paid you for data that is still sitting there, unused. Sure, I will use it eventually, even after the 30 days are up if you don’t automatically expire it on me. Maybe I’ll run out of that 3G data halfway through the next 30 day period, and then, guess what, I’ll probably buy some more from you. And instead of being a resentful customer who hates you for ripping me off by just taking away something I’ve already paid you for, maybe I’ll end up being a happy customer who loves you for being so fair minded.

Maybe I’d even tell my friends how wonderful you are because you treated me fairly and allowed me to use the data I bought from you in a timeframe that worked for my needs, not yours, and maybe when I do buy more data from you, I won’t do it  begrudgingly, thinking of you as a pack of bastards who are just out to rip me off.

Or maybe if you created a policy of treating customers like me with enough respect to let me use what I’ve paid for when it runs out, not just at the end of some arbitrary 30 day period, you might just be surprised at how many other customers would be interested in being treated the same way. Maybe even those hard to find New Customers.

Right now, you are getting my money for two 3G data plans, one for my phone and one for my iPad. But, frankly, the iPad data is a bit of a ripoff. Not because it’s a bad service or I don’t want to use it, but because you seem to feel that it’s ok to charge me for a product and then, if it is partly unused after 30 days, you feel it’s ok to just take that unused part and make it vanish, even though I’ve paid for it.

You see Telstra, there’s nothing fair about selling someone something and then just expiring whatever they haven’t used at the end of 30 days. It sucks. You might be able to get my business, but you get it begrudgingly and you don’t win me over as a customer. I may give you my business today, but as soon as an alternative comes along, I’m out of there because you’ve not done anything to earn my loyalty to your brand.

Eventually, when the resentment becomes bad enough, I’ll decide that I really don’t need 3G data on my iPad that much anyway, and just go back to tethering on my phone’s data plan. And then you lose me completely as a customer for that second data plan. The irony is that if you just let customers buy data and use it till it’s gone, you’d keep me. You’d have happier, more loyal customers, and probably more of them, who would gladly top up their data plan again and again because you’d be offering a service that works on their terms, not yours.

Have you ever stopped to consider how many potential customers you don’t get because of this short-sighted approach to providing a 3G data product under fair and reasonable terms?

Here’s a tip. Treat your customers with respect. You have a good product technically, but your customers don’t love you. They endure you. They tolerate you. They stay with you because you are less worse than the other telcos. If you treated us with more respect by recognising that when we pay you for a product we deserve to be able to use that product until it’s finished, you’d probably find a whole lot of new customers that you never knew existed and a whole lot of existing ones that felt far better about doing business with you.