For a couple of years now I have tried to take on some kind of interesting project each year. In the past it’s been relatively simple things like doing a 365 project where I take and post a photo every day, or take one second of video every day, or even a daily creative challenge where I tried to make something creative every day for a year. For someone who can get easily distracted, the act of developing enough discipline to do something every single day has been quite a challenge, but for most of these projects I managed to stick to it all the way to the end of the year. Regardless of what the project is for the year I usually I learn a lot about the world and about myself. And it’s been surprising that some of these daily projects have opened all kinds of interesting doors for me that I could have never foreseen.

The daily discipline has paid off in other ways too. I’m trying to learn a second language at the moment – Esperanto – using the Duolingo app, and I’ve surprised myself by sticking to it for 117 days straight. To be honest it’s been pretty easy to do, but I think I’ve developed that stickiness from doing these daily projects

Last year I had an idea for a different kind of project, but for some reason I never really got started on it. So this year I am giving it another go. I’m calling it the Beyond Belief Project. For the next 12 months I plan to explore a different religion every month. Don’t worry, I have no plans to “convert” to any of them, but just simply check them out, learn a little more about them, and see what they are about.

I should point out that I am a very happy atheist. I was raised Catholic but pretty quickly worked out that the whole God thing wasn’t really doing much for me (unless you count learning to feel guilty about everything a positive). When we had kids, my wife – also a Catholic, and a much better one than me – insisted that we raise them in a religion of some kind, Catholic being the obvious choice of course. I was pretty non-committal about the idea. Her reasoning, which I can kind of accept, was that if they want to rebel as they get older and reject religion, that’s fine, but at least they would have some basic idea about what it was they were rebelling against. That seemed almost logical, so I went along with it. I put up with the christenings and first holy communions and confession, and even got to the if-you-can’t-beat-em-join-’em stage and decided to get involved in our local church where I read at the Sunday masses, played music in the church band, and got involved in all sorts of church events. But it never felt like anything more than just a social club to me, and not even a very good one at that. I met some nice people, but could never buy into all the religious palaver that went along with it all.

As I got older (and divorced from the aforementioned Catholic wife) I discovered that I was really happy with being a non-believer. I still meet the occasional crusty fanatic who like to point a finger and say “You’ll be sorry when you die!”, but I just shrug and go Meh.

I’m not really anti religion, I just personally don’t see a point in it. I can’t see any valid reason to not eat meat on a Friday any more than I can see why black cats might be unlucky. If people feel better believing there is a beardy man in the sky who will judge them at some point, good luck to them. I am just not even remotely interested.

So, from the standpoint of someone who had Catholicism thrust upon them, but is now not even vaguely interested in the idea of belonging to a religion, I think it would be interesting to go see how other lot live. I’ll visit their houses of worship, try to learn more about what they believe, and why, and try to understand why every religion thinks only their is the real deal. Should be interesting.

So, not really a 365 Project as such, more of a 12 Project I guess. But I plan to update this blog with some observations about a different religion each month, and I especially hope to try to check out some of the non-Christian ones that I know very little about. I’m not sure how it will go. But if you’re interested in learning along with me, keep your eye on this space.

Would love to get your thoughts, comments and suggestions below about my 2019 project idea! 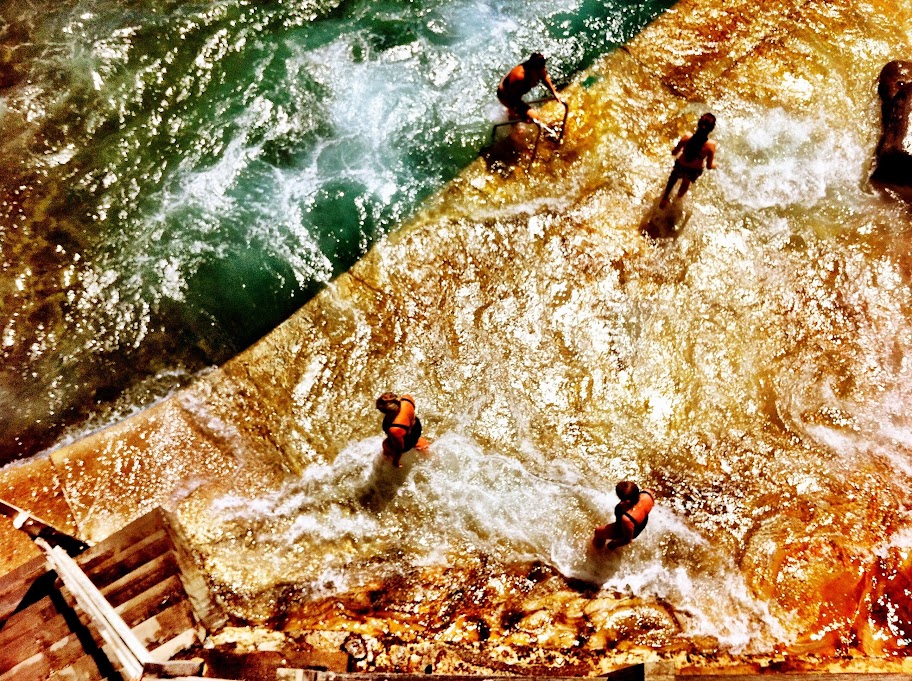 On January 1 this year, thanks to a bit of prodding from my mate John Pearce, I started a 365 Photo Challenge… whereby I planned to take a photo every single day this year and post it to the web. I’d tried doing this once before but never made it longer than a few days before I lost focus and let it slip away.   So here we are nearly 11 full months into my 365 Days of Light Photo project and I’m pleased to report I haven’t missed a single day yet! ( I’ve been late to post them a few times, but never more than about 48 hours behind schedule either, which I think is pretty darn amazing!)

I post them all to a Posterous site I set up called 365 Days of Light, which in turn crossposts to Twitter, Identica,  Flickr. and PicasaWeb (which is really Google+).  It also used to post to Facebook until I quit my account there).  Here is a link to the collection so far… (minus the first few days of January which I forgot to include back then)

Part of the challenge for me was that I didn’t want to take a photo of just anything, but rather to try and find something of real visual interest each day.  I wanted it become to a collection of interesting artistic images, not just a bunch of point-and-click happy-snaps. Whether I’ve actually achieved that aesthetic goal is probably debatable and certainly not every photo has been a winner, but I must say that there are quite a few photos in the collection that I’m very, very happy with.  It really has forced me to try and be both disciplined and creative every day. Trying to find a new angle, to not be too cliche or derivative, and to still find something interesting each day has been a real challenge, but I’m pleased with how it’s gone so far.

I’m looking forward to the final month ahead, and to get to the end of the 365 days.  My plan is to turn them into a printed coffee table book as soon as I finish taking all 365 photos, and publish a few copies for family and friends. In the meantime, feel free to +1 any you like… I know which photos I’m happy with but I’d be curious to know which ones you like.