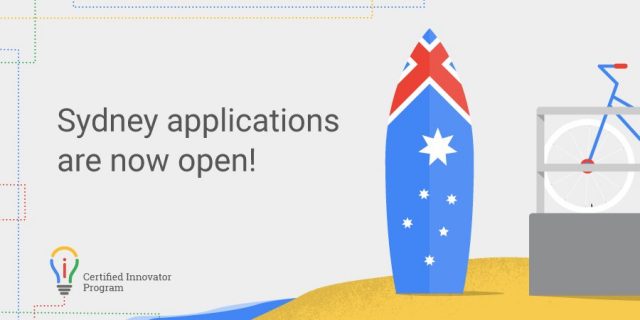 Back in April 2011 I was fortunate enough to be accepted into the Google Teacher Academy held in Sydney, Australia.  As part of this first Australian cohort, I was so excited to be part of this amazing team of educators from around the world and we spent two days deeply immersed in all sorts of Google nerdiness mixed with teaching inspiration. It was at this event that I saw a Chromebook for the first time, played with Android for the first time, learned about a bunch of new Google tools that I wasn’t really aware of, and most importantly, met an astoundingly talented group of educators who shared brilliant ideas about pushing education forward. To say that this event had an impact on my life would be a huge understatement. Becoming a Google Certified Teacher (now know as a Google Certified Innovator) was not only highly relevant to my work at school, it also opened up opportunities to do work with EdTechTeam, travel the world presenting at Summits and workshops, and eventually lead to my current role as their Director of Professional Learning.  So when I say that the Google Teacher Academy changed my life, I’m not exaggerating at all.

So I’m excited to let you know that the Google Innovator Academy (what was previously called the Google Teacher Academy) has just been announced again for Sydney!  The program has morphed and changed over the years, becoming far less about just the tools and much more about developing moonshot thinking about some of education’s biggest challenges. The program asks you to consider ways in which you can truly impact your own educational context, to think big about it, and to work on a project to make a 10x difference. In the process, you get connected to a simply amazing group of innovative educators that can, and probably will, change your life too.

It’s an application process and there is some work to do in applying.  You need to fill out an application, make a video and do some work. There are limited places. Many apply, and only some are selected. But if that’s you, trust me, it can change your life.

Find out more, and apply, at https://edutrainingcenter.withgoogle.com/certification_innovator

And good luck! Be awesome!